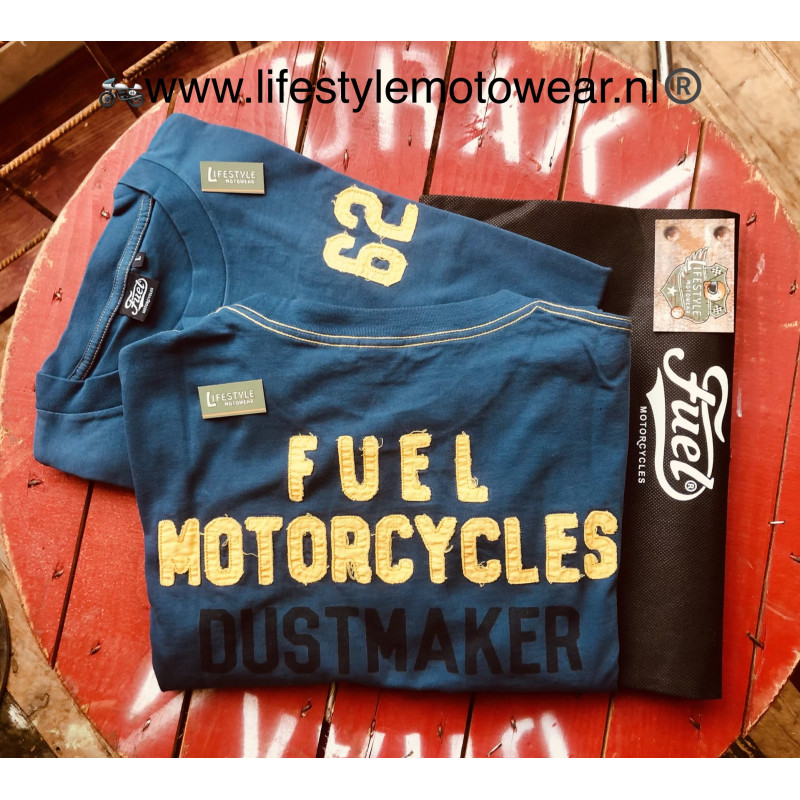 Fuel’s "Sixty Two" long sleeve shirt is inspired by the story of Fred Ludlow. He was a top board track racer in the 1910s, and later made the transition to dirt track racing.

The Californian's greatest accomplishment came in September of 1921, when he won five national championships at the M&ATA finale on the dirt mile at Syracuse, New York.

The young Ludlow earned his share of wins despite going up against established veterans such as Don Johns, Morty Graves and the other top riders of that era.

You can read his whole story in the AMA Hall of Fame.

Made with the finest Portuguese cotton produced locally and sustainably, this T-shirt is limited edition - once it’s gone, it’s gone!